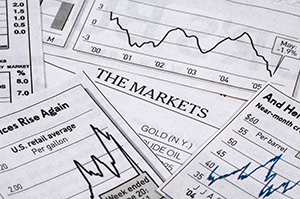 After three months of reduced activity this summer (June, July & August), the Lower Mainland real estate market is likely going to experience increased activity this fall. This trend harkens back to days of “normal”, seasonal, market swings – which has not been the case in the recent tumultuous years.

Traditionally, the summer has been a quieter time in the Vancouver real estate market and this year has certainly been reminiscent of that trend. It may be that, overall, the customary market cycles have returned and the wild fluctuations have passed, for now.

Throughout the last two years, many components of the Lower Mainland have experienced considerable market value increases, particularly in the detached category of Vancouver, Richmond, Burnaby, North Vancouver and West Vancouver. This has largely been due to foreign investment, prevailing low interest rates and lack of supply.  Naturally, new single family development in these communities is virtually non-existent.

Detached homes in Surrey, Delta, Tri Cities, Pitt Meadows and Maple Ridge have certainly seen increases also, but not to the same degree. Whereas, communities further east (Mission, Abbotsford & Chilliwack) have not yet made a recovery from the 2008/2009 price correction. The Okanagan has also not fully recovered, falling short of the 2007/2008 highs but about 10-15% still.

Condominium price activity has been mostly balanced throughout the Lower Mainland over the last two years, with some slightly to moderately declining prices further out of the Vancouver core. This is due to an overall abundance of supply which has only been further increased with continued new construction.

With interest rates expected to remain low for at least a year, there is no requisite panic buying likely and, by the same measure, no expected panic selling as prices seem to have stabilized. I expect that price increases in detached inventory will continue, particularly in Vancouver and surrounding suburbs while stabilization and mild declines are likely in the condominium market – again with the furthest communities from the City of Vancouver suffering the most.

There is no serious price correction likely as property owners and lenders alike have demonstrated restraint in risk tolerance and the overall regional employment level continues to be favourable. This balanced market bodes well for the short and medium term and will foster disciplined, prudent buying and investing in single family and condominium properties alike.