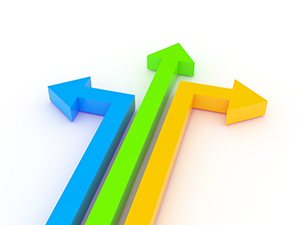 2012 has started off as many, including I, have predicted, with some cooling of demand. Although price levels in detached markets such as Vancouver and the immediate suburbs of Richmond, Burnaby, North Vancouver and West Vancouver continue to increase, this rate of increase has slowed. This reduction of demand has caused inventory levels in these sectors to increase 25-30% from the previous year. This will pose to be a healthy damper to quell the seemingly endless double digit price increases. Now, while this may be welcome news for those categories of the market, it will not be for many other markets, such as condominium and detached in the further suburbs who have not experienced substantial price level increases since 2007.

It is safe to say that, as I write this article, in early March, there is a distinct shift of favour occurring in the market from the sellers to the buyers, but for once, in all markets. This presents an interesting and opportunistic time for buyers in the Vancouver Lower Mainland. As interest rates are at all time low and buyers finally have some power in the negotiation process, the environment for prudent buying is quite attractive. The added supply presents more options for buyers in investing and home hunting alike.

This new trend (but old) in BC real estate may in fact be in fact stay in place for some time. Price levels have reached such a level that added increases are simply contrary to a typical applicant’s ability to finance. Wage levels are not and do not appear, in the near future, to be subject to extraordinary inflationary pressures. In addition, the Federal government continues to place controls on mortgagors such as limited amortizations, elimination of “stated income” and more stringent banking laws overall. This is the opposite of what was happening in the mid 2000’s extended am’s and mortgage approvals based on the mirror (fog) test.

The United States has led the way with more regulation in the industry, as they often do, and this cannot help but trickle across the border to us also. World markets, for years now, continue to offer instability, almost to the point of stability. This probably won’t be changing anytime soon as the countries with the most serious economic problems, in Europe, will take many more years to be straightened out.  Of course China continues to be a dominant force on the globe with an ever growing middle class, many of whom seek to invest here in British Columbia.

In BC, politically, we are now closing on a 12 month window to the next election and, for the first time in over a decade, a change of administration is very possible. This change, if it occurs, will certainly have an effect on the economy, either through added taxation, public economic confidence, or both.  The real estate market is already beginning to mildly discount for this distinct possibility, which is a good thing. Those who want to get out of the game at the top, are doing so.

Overall, the aforementioned factors point to an overall outcome of balance, with little propensity for further continued price increases. Certainly, there will be some price settling in many market categories but not likely to be any cataclysmic collapses. Sellers, as always, will hold onto their assets if they do not achieve the price levels they desire, while buyers now will have options for prudent and wise investing given the added inventory and continued low interest rates.  This changing climate appears to be setting in like the clutch in a new car, however this time it may be more akin to a Ford than a Porsche.